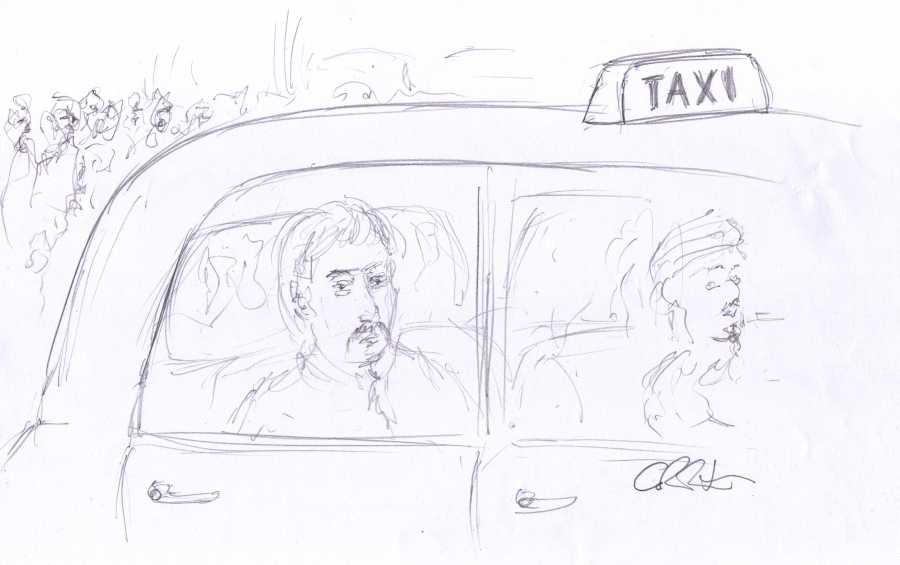 There is a phenomenon that cannot be covered in the individual pub session sets of tales, the tales of taxi drivers. Following each session the journey home became a part of the experience. Taxi drivers all wanted to know what I had been up to and all of them had something to say. Whether it was telling me about the new ram barriers at York Station or coming out with amazing perceptions or relating one of the best stories of the whole experience. Some of those tales are related here.

As well as the tales from taxi drivers there are the repercussions of announcing you will be travelling around gathering tales. It seems that I will be in this role for ever. Word is out and folks all have a tale to tell. Whenever I stand at a bar now or at a bus stop or in a taxi rank, there is someone there who has one to tell me. People are an endless fascination.

An amazing twist of fate brought about this following tale. I had been sharing stories from my experience at a session and was on my way home, it was late and I decided to get a taxi home. A chap in the queue came up to me. He had seen me at a recent session and had listened with interest to tales told about the Pendle Witches and subsequently about Queen Elizabeth II. During the course of this pub discussion we had covered the topic of her beliefs and this had included the fact that she had a unicorn horn in her possession; this was used for testing for poison in drinks. Now whether Queen Elizabeth knew that is wasn’t a real unicorn horn or not, we cannot be sure; it was in fact a Narwhal horn.

This chap in the queue explained that he had heard this and thought he aught to tell me that these things were very large. He knew this because he had recently caught a Narwhal. I looked at him intrigued as he went on to say how he had been working a fishing vessel up above Norway in the Arctic Circle and in among the catch they had an immense Narwhal. These things are as long as a room and then the horn nearly as long again. There was one alive and on the ship with them. This was, he tells me, an experience he will never forget.

And on a bus; another member of the public approaching me, another tale. There has been a feature recently in The Press on archaeological discoveries in the Holgate area. Now how this tale was told to me was, that they had discovered the remains of two large round buildings and had thought they had something very old. If you are on a double decker bus and you are going over Holgate Bridge and you look down at an open area below you are looking at the site; this was the site in living memory for some of us of the loco sheds. Two round houses which were for storing and turning engines. It is believed that one was built to replace the other and these were the turning houses, one round and one thre’penny bit shaped.

I was engaged and enthralled upon returning home from one of my Ales n Tales sessions as the taxi driver regaled me with a story that had me gripped, perhaps more so than any other tale I had heard. His parents had travelled in Australia in the sixties and had always wanted to return. So recently they had gone to visit a relative. While travelling his mother recalled an old friend she had lost touch with so she placed an advert in an Australian newspaper in the hope of being able to meet up. She heard nothing, but on her return to Britain she received an email. They are in touch now after all these years and they got to chatting. When she was asked where she was living there was a real surprise reaction to her answer. As I recall it, our York taxi driver’s mother lives in Kelton in the low borders of Scotland, and her friend all the way over there in Australia lives in the same town; Kelton.

It also turns out that they both have an interest in history and in particular in folklore. So as his mother tells her about the ‘Wyrm’, (the local dragon story), there is surprise in the reaction; they have the same story over there in the Australian Kelton. One of them even turns out to be a descendant of the knight who is said to have killed the dragon. There is a statue to commemorate his deed.  Many had tried to kill the thing, no spear could harm it, so the priest fashioned a spear with a Catherine Wheel of fire at the top. This did the trick and the knight vanquished the Wyrm.

Both of them tell this story at gatherings and now another gathering is planned. All these years later her friend (who lives in the same town as her) is coming over and the two friends will be getting together.

They will no doubt meet in a pub.

Another driver who was intrigued to hear of what I had been up to and wanted to know the nature of the stories I had heard. I told him how I had been really surprised by the diversity of the experiences told to me. I had gone along originally expecting to hear tales of times gone by and the history of pubs and that sort of thing. People are highly individual though, and they tell you of their thoughts, memories and experiences as and how they wish. I explained how I had heard quite a few mystical tales. When he asked me what I meant, I honestly thought that he was not going to know what I meant or wouldn’t be able to accept this. I said how as well as lots of old folklore there had been a few who had talked about beliefs; one had even told me of meeting angels. I sat back to see the reaction. The driver tells me that people often talk about such things in his cab. They talk about how they feel about the big questions of life and beyond. His thoughts are that there are many different types of people out there, and many these days don’t seem to go along with accepted beliefs; they make their own minds up. Lots of people tell him that they don’t believe in anything, yet, there is one thing that just about all people seem to accept and believe in – the existence of angels.

Back to Ales and Tales – for tales from other pubs 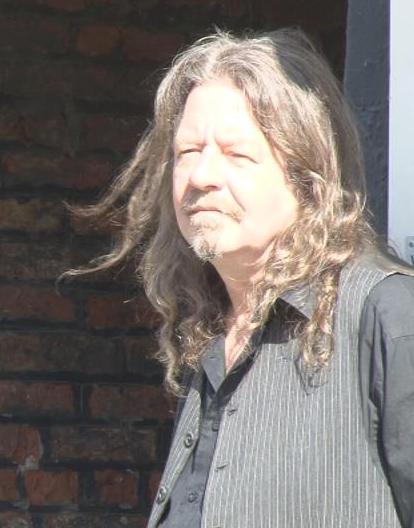